Ways those with autism can form and maintain friendships 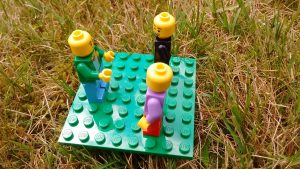 Communication can refer to ways in which information is conveyed from one person to another, and may be spoken or written. From my experience, those with autism can experience significant challenges when trying to communicate and have conversations with other people. With the right advice and support, those of us with autism can improve our communication skills and ability over time to engage in conversations with others.

Growing up, my main way of communicating has been to ask questions rather than just say things. And it’s alright to ask questions. But don't go asking too many, especially in quick succession and ask questions to which you can figure out answers yourself, things I’ve been guilty of. I’d also not recommend one to ask certain questions over and over, since that can bore people. With regards to asking questions, over time I've found it is better to get into the habit of saying something rather than asking the question. Let’s say the weather is cold outside and you think it may snow, the more ideal thing to do here would be to simply say, “It is very cold outside and clouding over, I think it could snow later.”

If you're stuck with something to say in a group, why not talk about news regarding recent significant and unusual events you may have knowledge about, what you got for Christmas, a new blockbuster film you saw at the cinema recently. However, a word of advice, it's polite to wait until you're sure there's an end to a present group conversation.

Following sixth form I attended a college of further education where I studied a GNVQ Advanced Information Technology course. My older brother encouraged me to sit with fellow students on the course at break times and said that if they didn't want me with them then that would be their problem. I began engaging with other students by playing card games with them in the canteen. After a while I felt I could join in with them with more confidence. I learned that you don’t have to try too hard to fit in with a group of people. For me I saw this as a situation where I had nothing to lose. Tasks related to the course which involved group work became much easier for me later on.

Another thing I do now, and which I recommend highly to you is speak when you're spoken to. Furthermore, it’s not ideal to deviate from any particular topic of conversation amongst a group of people to something only you may wish to talk about. Be honest and friendly, and moreover, be yourself. People will be appreciative of all those attributes and be more accepting of you, since it gives them the impression that you're a good listener. It's alright to tell people about fascinating facts you may be aware of, but don't go overboard. One or more of your friends in the group you're hanging around with should make it clear by saying something like, “Enough about that.”

An example of a question not to ask is regarding how much they weigh, since it is seen as an invasion of one’s own private business. Eye contact is important too. However, looking at people for longer than necessary, like staring for instance, can be seen, to some degree intrusive, and more like intimidating.  If you ever meet people who have been bereaved, it wouldn’t be appropriate to ask what their loved ones died from, as this may cause upset. I get the feeling that if I was to ever cause anyone any upset or distress, I can feel bad too. A more acceptable approach would be to offer your condolences by saying something like, “I’m sorry for your loss.”

An example of an inappropriate comment could be, “See how big or small that person is over there.”

I see myself as being the 'quiet one of the crowd', preferring to listen to various topics of conversation amongst the group of people I happen to be with.  You might be in the same boat as me here, and that’s alright. There are people out there who’ve been accepting of me despite this. I only join in if they’re talking about a topic that may be of interest to me or, if I have any knowledge about it already from other sources of information. On top of that, too many topics of conversation at the same time can be somewhat confusing. That’s why I find it easier with smaller groups of people.

As I entered my later teens and twenties, and my language ability improved, I better understood the need to be engaged with important events throughout the wider world. This made it easier for me to engage with, and contribute to conversations amongst groups of people, even starting off conversations themselves.

Sometimes we can’t help overhearing other people’s conversations. Eavesdropping can refer to one secretly listening in on other people’s private conversation. Some people may see this as rude or intrusive. My advice here is, it is best to go into the room where the conversation is taking place if you wish to listen to, and be part of it. If you happen to pick up on something of interest to you, you might start by saying, “Excuse me, I couldn’t help overhearing your conversation with so and so about whatever it was.”

Trying too hard to join in and take the lead

If you're finding it hard to fit in in a group of people, there can always be the danger of trying too hard to fit in. I tried this approach after experiencing frustration from my mid to late teens wondering how to establish meaningful friendships. Here you could find yourself trying to dominate groups of people too much and look like the leader of the group and perhaps looking to impress. However, this can lead to them having negative views of you, especially if you’ve met them for the first time.

If you meet people who you become fond of because they like you so much, it can be easy to find yourself eager to be in their company all the time since you may want to feel their love and respect for you as much as possible. However, over time I’ve learned that you need to strike a balance between the amount of time you spend with them and your own family and friends, by respecting their privacy and dignity. As my general understanding improved gradually over time I learned to just let things like this and meeting up with people happen naturally, rather than forcing meetings with them. 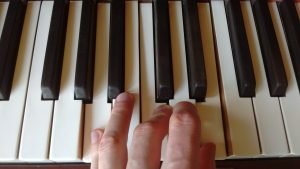 PinThis section, I find, is an opportunity to talk about my interest in music and piano playing and go back in time. It’s about a time when music students were neighbours and one took a particularly strong interest in me, especially because of my music and piano playing ability. I admired them not just for taking an interest in my music but for their warm and friendly personality too. It is for these reasons I’ll never forget them, even though we only knew each other for just under a year. Thinking back to this particular period in my life gives me hope and confidence that finding people who may share your special interests can lead to meaningful, and even long lasting friendships.

Another interest I had was Lego building. If you find a child is interested in Lego, I have a link below that may be of interest to you. I found it on Twitter. It talks about how Lego can be used to develop children's social, communication and team working skills.

Read this blog post I found on Twitter, giving very good advice about making meaningful friendships. To me, it can offer plenty of hope to those of us on the autism spectrum who may be going through periods of loneliness.

As mentioned at the beginning of this post, establishing and maintaining friendships is important for us all for many reasons not limited to supporting each other, sharing in good and bad times, and for health and happiness. However, when it comes to one being on the autistic spectrum, there can be problems trying to establish and maintain friendships. Reasons for this can be linked to difficulties reading social cues, such as voice tones and various forms of body language.

By following certain tips, not limited to those outlined above, it can be still possible to have and maintain fruitful friendships long term, with benefits to go along with them. And if there are fears of rejection, just remember there will always be people who’ll accept one for who they are.