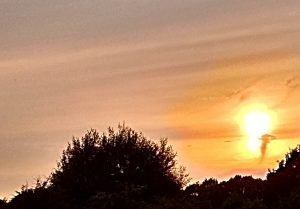 PinA different blog post this time round linked to one of my interests. One of my interests is in science, particularly astronomy, and the physical, natural and living world. Whenever I come across a document science related, I like to try and use my better understanding to try and understand the science behind whatever is being talked about.

And there is one important science related issue being widely talked about in the news, climate change, and what measures can be implemented to tackle it. It is to do with gradual changes in the climate over a long period of time linked to increases in the average global temperature. It is thought to be caused by certain gases, known as greenhouse gases, released into the atmosphere caused by human activity. These gases trap heat, thereby increasing the average global temperature.

Deforestation. Trees absorb the gas carbon dioxide(a greenhouse gas) from the atmosphere in a process called photosynthesis. They use sunlight energy to combine this gas with water to form glucose(a sugar), which can be converted into other sugars for other important uses, like growth for example.

When trees are cut down, there are less trees to absorb carbon dioxide, thereby causing it to increase in the atmosphere. This can, over time, contribute to any global temperature increase.

Deforestation by burning also releases carbon dioxide into the atmosphere, as the carbon in the wood combines with oxygen on combustion.

Increased population over time, leading to increased demand for electricity and wood for house building, and oils for heating. The increased population has also led to an increase in the number of vehicles on the road including cars. Increased air travel emits its own fair share of CO2 too.

Generating electricity by burning coal. This generates a gas known as carbon dioxide (CO2), which traps heat in the Earth’s atmosphere, causing the planet to heat up. Some oils are used for heating homes which is also another source of CO2.

Another greenhouse gas released by farming is nitrous oxide, due to the application of fertilisers to provide crops with important nutrients.

Plastics. These materials are made from fossil fuels(coal, oil and gas). The burning of fossil fuels are believed to be an important source of the greenhouse gas, carbon dioxide.

During manufacture of plastics carbon dioxide is released into the atmosphere. Lots of disposed plastic is believed to end up in landfill sites, which are a source of methane. 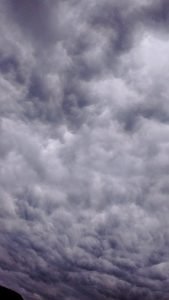 PinMelting of the polar ice caps which may lead to rises in sea levels. The consequences here are that certain islands may disappear, and coastal towns and cities may become flooded.

Certain animal and plant species may become extinct. A reduction in the amount of ice in the polar regions may result in all the surviving polar bears dying.

An increase in the number of extreme weather events. Certain areas may experience more extreme heat waves, higher temperatures, and even increased forest fires. Prolonged droughts may become another issue, perhaps leading to certain parts of the world becoming uninhabitable. Other areas will experience more powerful storms, and increased rainfall and flooding events. 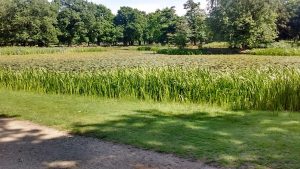 The causes and consequences of climate change written here are based on my knowledge and understanding, and likely not exhaustive. Please feel free to add any important information I may have missed, or to correct me on anything.

Next week’s post will be about what we could do to reduce our impact on climate change. Our aim must be to make the world a better place, not just for ourselves, but for future generations to thrive in and enjoy.